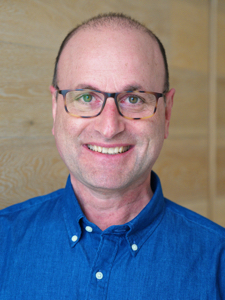 Dr David Figdor has over 30 years clinical experience as a specialist in endodontic practice in central Melbourne. He graduated with a BDSc in 1980 and a Masters Degree in the field of Endodontics in 1984, both from Melbourne University. He became a Fellow of the Royal Australasian College of Dental Surgeons (RACDS) in 1985 and a year later was the first Endodontist in Australia to be awarded a Diploma in Endodontics, a highly specialised qualification of the RACDS. Research conducted over more than a decade with collaborators at the University of Umeå, Sweden led to a PhD in 2002.

David’s primary research interest is in the field of endodontic microbiology. He is a Fellow of the Australian Society for Microbiology and has been a visiting scientist at Monash University where he has collaborated on research with others. He is a contributor to 2 books and has authored or co-authored more than 40 scientific papers in the endodontic literature. More than half a dozen of these papers are highly cited in the endodontic literature and two are independently reported in the top 10 most-cited papers in the field of Endodontology.

Since 1985, he has been involved in both undergraduate and postgraduate teaching. He has lectured extensively at local, national and international meetings on both clinical and research topics. He is currently a referee for numerous dental, microbiology and endodontic journals and is a member of the Editorial Board or Scientific Advisory Board of the 2 major international endodontic journals.

For his contributions to dentistry and Endodontics, David has been honoured with Fellowship in international dental organisations, the Pierre Fauchard Academy and the Academy of Dentistry International. In 2014, he was bestowed with honorary Life Membership of the Australian Society of Endodontology (Vic Branch) and in 2015 he was accorded the honour of Fellowship in the International College of Dentists.

Between patients, David can sometimes be heard grinding beans or steaming micro-foam milk to make a coffee good enough to rival any of the great cafes in Beatty Avenue!